"NO NEED TO RUSH LIFE" was basically planned as a previz, but even before I started, I realized that with a "little" effort I could turn the project into a finished animated short. The idea for the project has been on my idea sheet for a year, and I wanted to make it happen and have some fun and creative freedom while I still had the chance. The short film is about a driver on the roads of the Austrian alpine region who ignores every road sign, which finally leads to him driving off a cliff. During this project I learned many things and refreshed old knowledge. Because I wanted to gain as much knowledge as possible from the project, everything is modelled, textured, animated, rigged, lighted etc. by myself. So that this is also visible to the public, I have modeled the models all stylized. Since for many projects more and more assets from libraries like Quixel are used, this was a way for me to show that I am not limited to this and can also create and texture models independently. However, this also ate up an extreme amount of time and I could have improved a few things about this project, I am fully aware of that. The Quality of the Textures for example might be a bit low, also I didn’t put that much work into the lightning & compositing. But for the time frame in which the MMP took place, this is a satisfying result for me.
The part i took a little help was sound design and Music, and I am very grateful for the professional way my audio guy produced music for me and implemented my each wish. Also Stefan Wolf helped me to create the satisfying gear shift sound with his car. I hope all the stress in the last months was worth it and you like it!

NO NEED TO RUSH LIFE 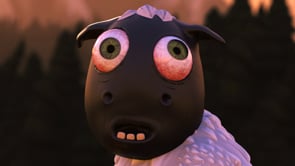 NO NEED TO RUSH LIFE