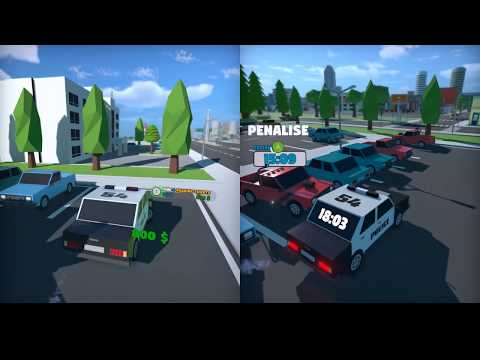 Legal Limits is a two player, co-op, police game, in which players tackle both action-rich as well as mundane everyday police-tasks together in an open city-environment. It’s your duty to make the town a safer place by either catching robbers in thrilling pursuits or pulling over speed violators or checking parking tickets on your daily patrols.

As a police officer you earn money by protecting your town from criminals. Cooperating with your partner will increase your chances of success of catching evading criminals and therefore lead to additional income. Also optimizing your partner’s and your own patrol routes can boost your earnings tremendously.

But be aware, as a responsible police officer, you also have to abide by common rules of your community. Causing too much damage or mayhem in your city, exceeding the legal limits, might result in additional penalties and therefore less money earned. After every shift you can use your earnings for either upgrading different components of your owned vehicles, or for buying new faster, heavier or smaller cars to let you engage crime differently on every shift at day and night.

So, it’s up to you and your partner to form the hand of justice. But keep everything inside the legal limits!

The car physics as well as the entire traffic AI system for this project was developed completely from scratch. The controls and handling of the player cars were fine tuned to be as enjoyable as possible and to be easy to learn. The AI is able to abide to basic traffic laws, including traffic lights, precedence rules and reacting to the police's signal lights. The development tools required to conveniently define and debug these rules were also implemented by the team as part of the project. The simulation of the AI cars was optimized in order to be able to simulate more than 500 vehicles in the city at a time.

Most of the UI in Legal Limits is world-based. We specifically decided to waive the use of typical UI elements such as a mini-map, in order to allow for better immersion and to encourage the players to actually get to know the city environment.

Furthermore Legal Limits features a dynamic day and night cycle, with dynamic cloudscapes. The environment dynamically adapts itself to the time of the current shift. 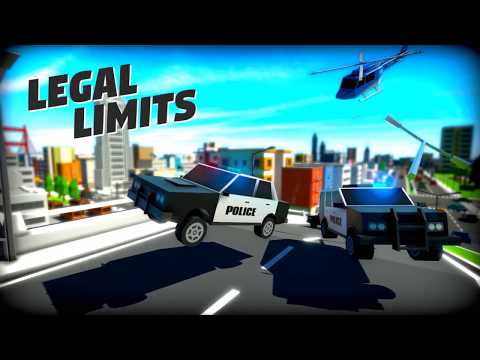